3rd April 2021 by Sam Whiting
Now if you read yesterdays instalment about the thrilling life of the hot cross bun, you will remember that we promised to continue the story of the rabbit and the hare here.
So first off what is the difference between rabbits and hares?  The answer is not much, they are from the same basic family grouping as far as genus, and both look the same. The main difference is the size, (which you cannot tell from a cigarette or trade card, though Amalgamated Tobacco “Animals of the Countryside” tells us that the hare has “larger ears and hind legs”) and the fact that only rabbits burrow, because their young are born blind and furless – as opposed to hares which are able to fend for themselves pretty much immediately.
Going back again to yesterday, which you can find at https://card-world.co.uk/newsletter/good-friday-hot-cross-bun/ – and to the German Goddess of Spring, Eostre, most people consider her symbol to be the white rabbit, however closer examination will reveal that this is not correct. The origin of the word “hare” is almost certainly the German “hase” which spread into Dutch and came across with the Saxons.The word “rabbit” was not known until the eighteenth century, and only then as the term for a young animal.
Churchman “Legends of Britain ” 6/50 tells us that in many parts of the country there are superstitions associated with the white hare – “it is whispered that the spirit of a broken hearted maiden cannot rest; it appears as a white hare to haunt her deceiver and, invisible to others, follows him always until he meets his end.” But it also warns sailors of storms.
At Easter, in Germany, it is not the rabbit, nor the chicken, but the hare who lays the eggs, and the children still receive their eggs from the Oster Hasen (or Easter Hare) in a nest of straw or grass on Easter Day, a nest like a hare would make in grassland, rather than a rabbit burrow. Wills Australia “Animals” cut outs 40/60 tells us this is called a “form” in the grass or undergrowth. In addition, German children are told that the night before Easter, the young hares, called leverets, are allowed to stay up late and paint the eggs by lantern light, much as they are doing in this lovely European postcard. I know it is not a cigarette or trade card, but it is such a super image and I`m using it! 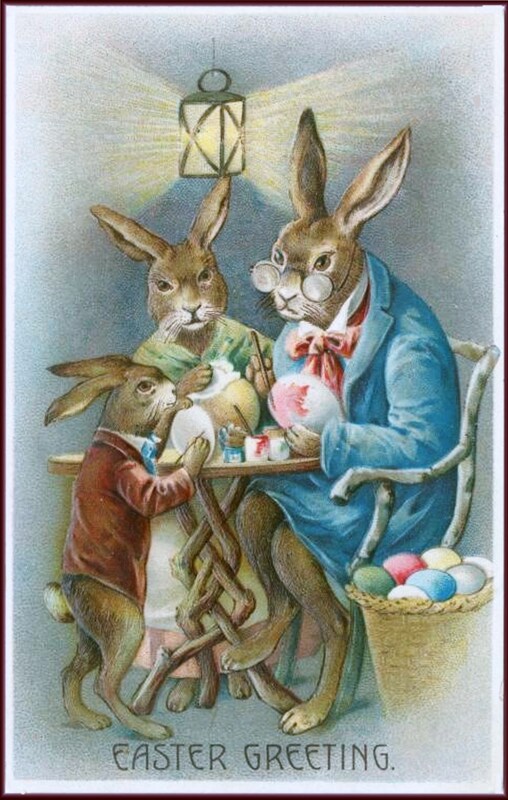 Actually without a size reference on the cards it is increasingly likely that most of the early ephemera shows hares and not rabbits. The earliest cards we have been sent come courtesy of the Patrick Marks collection … and I would like to say many thanks for sharing them with us … and if you look at these cards you may be able to see what we mean. 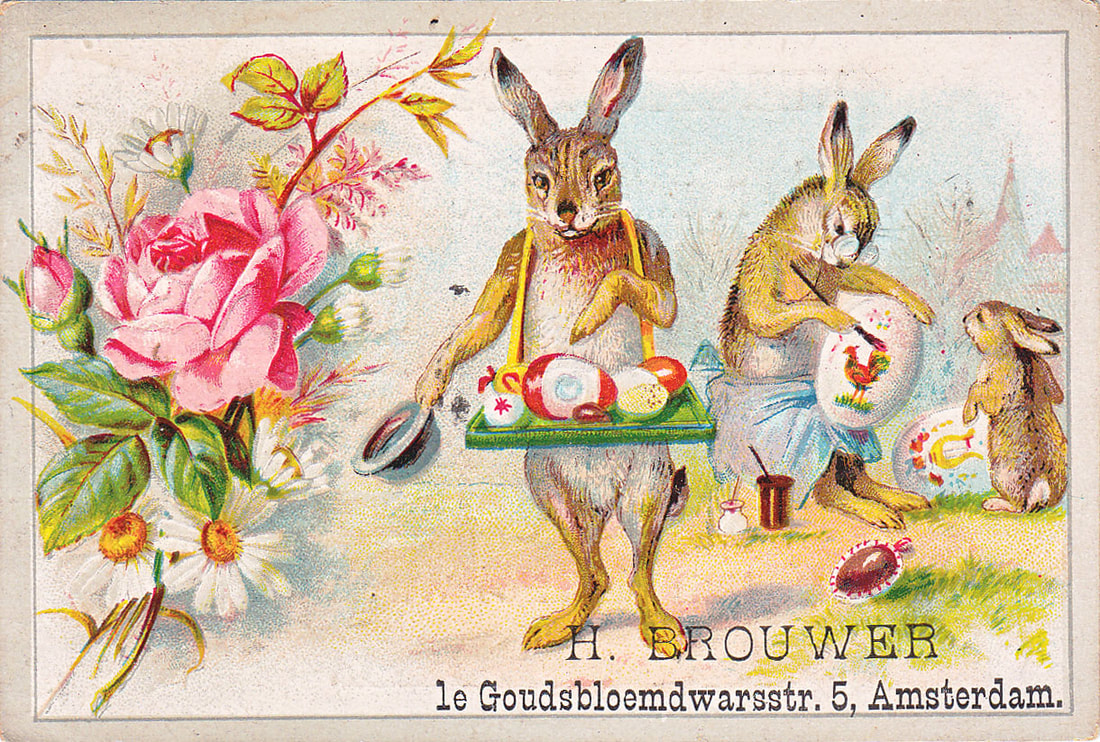 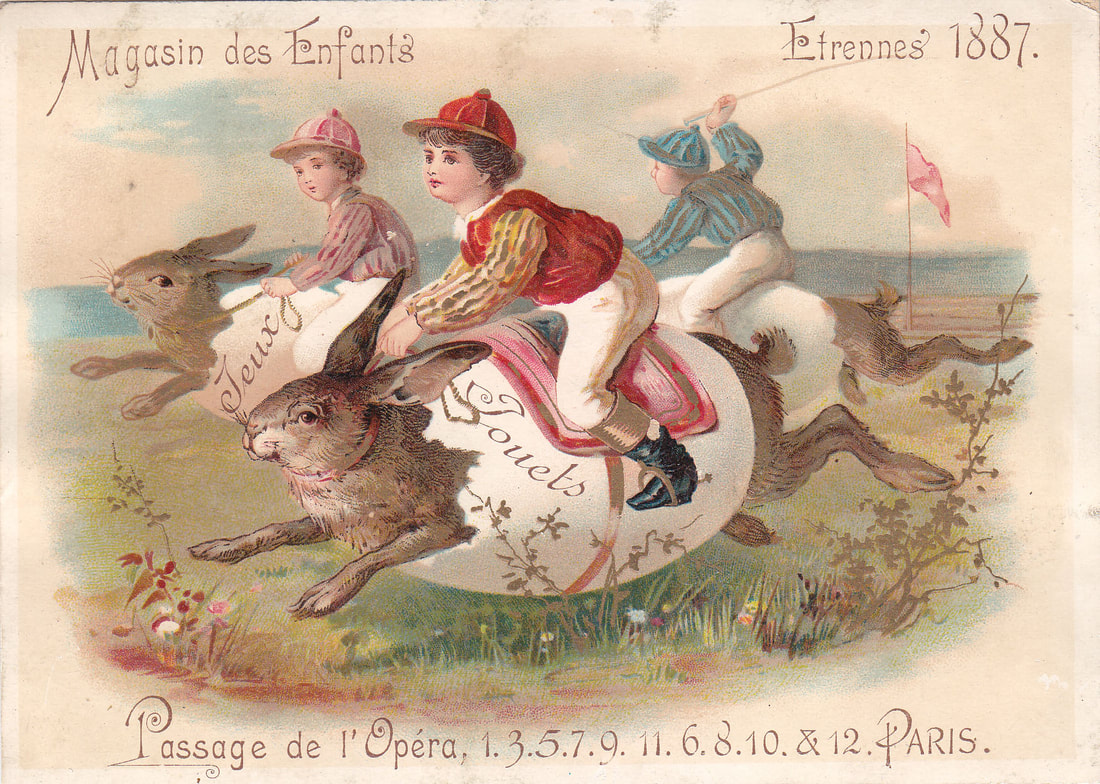 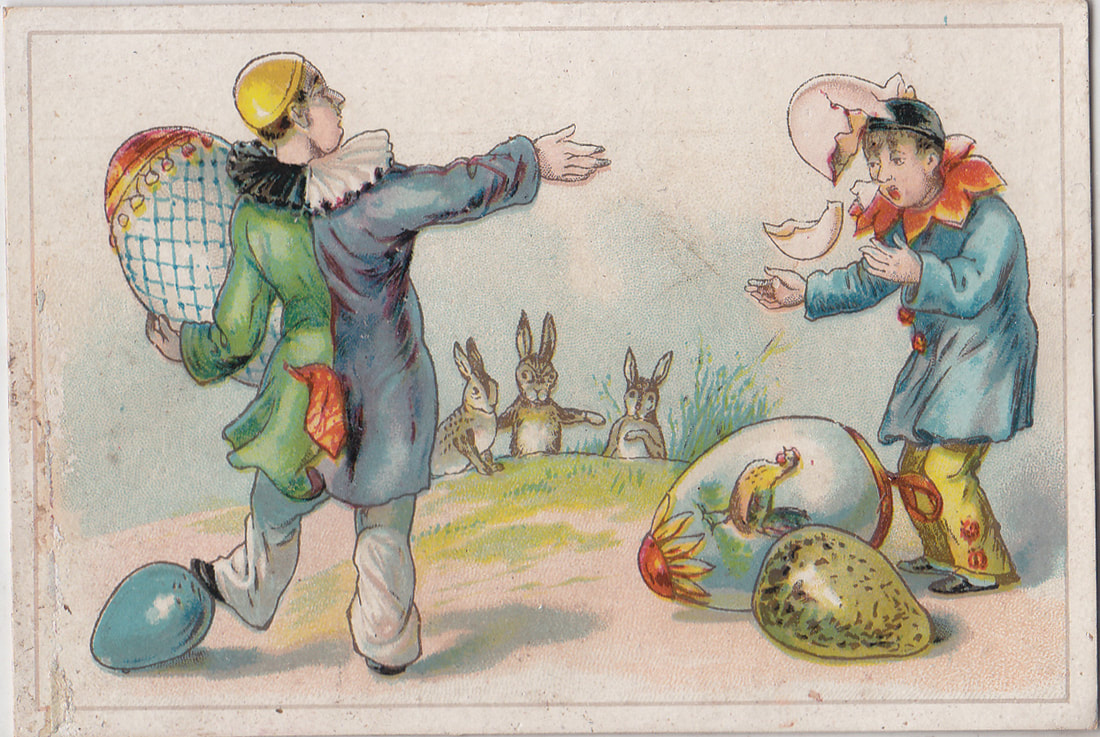 There are many later standard sized cards of rabbits and hares. Here are just a few  – to be continued, with your help

There are also rabbits and hares that exist solely in the imagination of an artist. These include 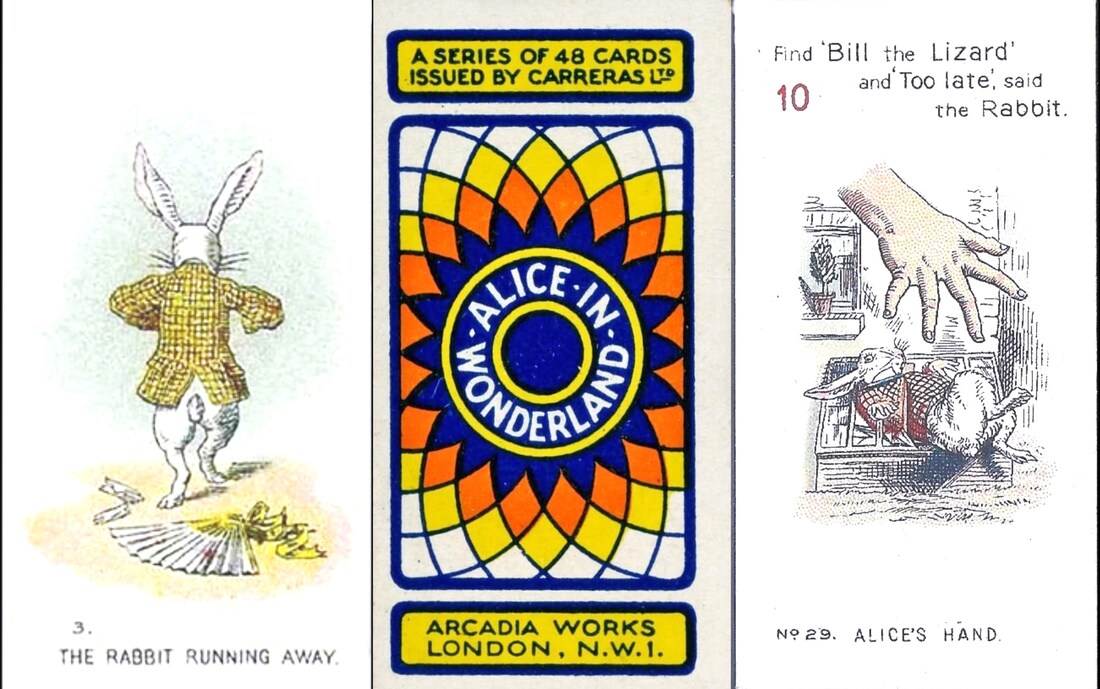 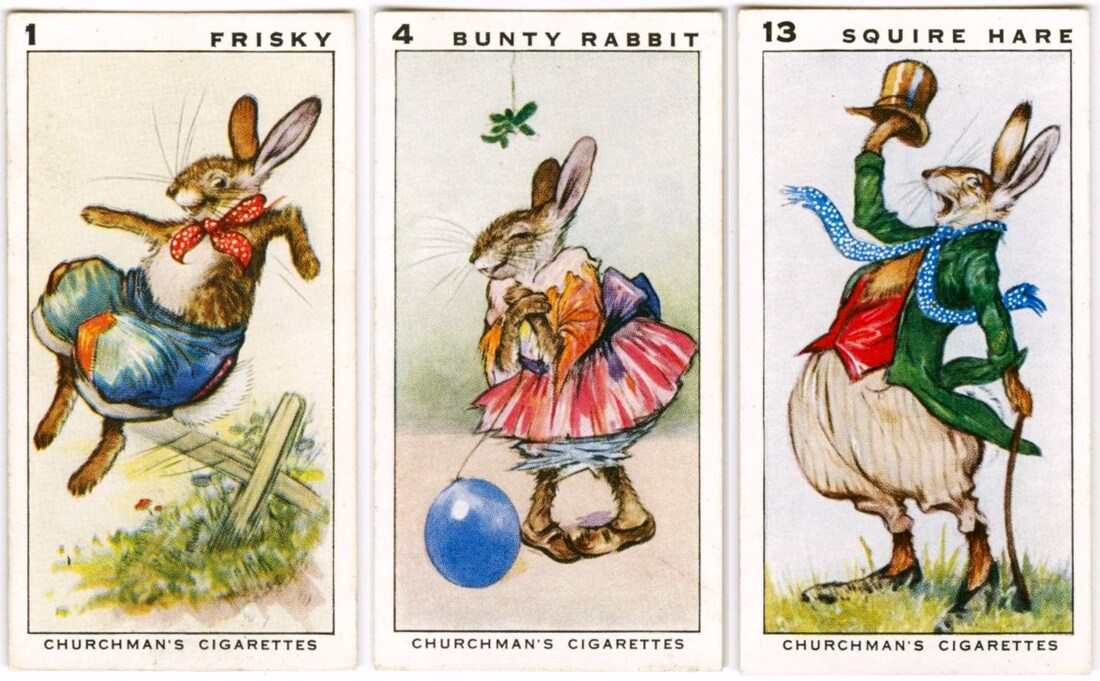 A tribute, by Patrick Marks The nineteenth century saw a huge level of development in the food industry, with inventions from making cocoa more useable by Cornelius Van Houten to the development of products using the essence of meat, namely Liebi

Today is Twilight Zone Day. The strangest thing about the day is that it is May 11 every year, but I have looked everywhere and not found any site that claims to be able to tell you why. Maybe it is just a date plucked from thin air, in a superna

two specialist cigarette and trade card auctions coming up, and both catalogues are already online for you to browse, and ponder.. Tim Davidson Auctions of Nottingham is May 18th and 19th - whilst Reeman Dansie of Colchester is on May the 20th